Enterprise culture, as a lighthouse leading a firm to success, has been highly stressed by Chu Jiwang, who is an entrepreneur.

Expanding business around the world, guided by culture 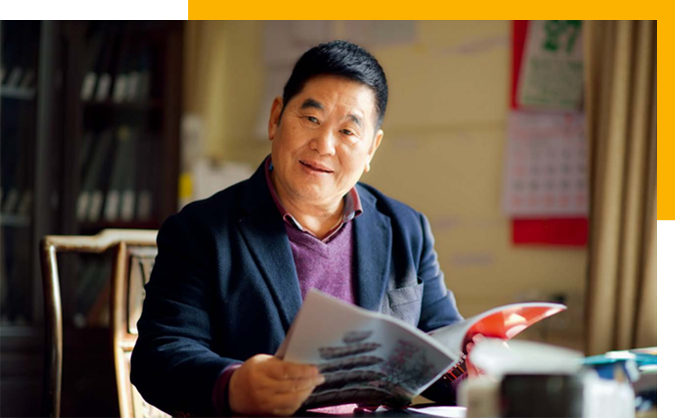 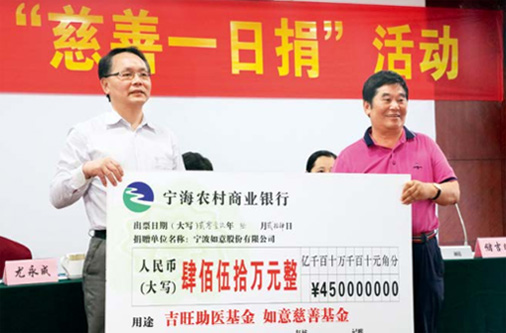 Owning a compassionate heart, Chu Jiwang has donated 170 million yuan to education, health, civil affairs, the Disabled Person’s Federation, homes for the aged and poverty alleviation over the past 36 years, accounting for a quarter of the company’s total assets . In 2005, he was awarded the title of China Charity Award by the Ministry of Civil Affairs. He is also the winner of China Charity outstanding contribution (individual) Award, Zhejiang charity model, "Ningbo charity model, Ningbo good man, etc.

Chu Jiwang is a member of China Writers Association, an off campus tutor for postgraduates of Peking University, and an entrepreneurship tutor of colleges and universities such as the Chinese Academy of Sciences, Ningbo University and Ningbo Second T echnician College. He has published 18 books, to name a few, How to keep young, 40 years’ hardship, How do I deal with foreigners, Love and business, Culture and business, Stories of five hundred Arhats. In 2013, he joined hands with Literary Port Magazine to set up a permanent "Chu Jiwang Literature Award” with a donation of 10 million yuan. Besides, a large number of passages, essays and theoretical articles written by him are scattered in newspapers and periodicals.

Among them, the full text of How do I deal with foreigners has been reprinted by 17 newspapers, including China Business Times, International Business Daily, China Trade Daily, Zhejiang Daily and Ningbo Daily. The English poetry collection The Scent of Sea Spray was launched at the 2016 New Delhi World Book Fair. In 2011, his opera work Sound of Jiangnan was selected into CCTV Opera Spring Festival Gala.

On Jan. 23,2006, People’s Daily published in its front page a passage with pictures Sharing Worries and Solving Difficulties, Focusing on Double Support-Story of Chu Jiwang, a National Outstanding Veteran. The story of Chu Jiwang is reported in cover 2 of the 4th issue of Qiushi Magazine. According to incomplete statistics, Chu Jiwang’s life story has been published by more than 400 newspapers and websites around the country.

On Jan.16, 2007, the TV series "Battle Companion" (formerly known as the Old Monitor) with Chu Jiwang as the character prototype and Ninghai reform achievements as the background officially started filming in Ninghai. It was successfully completed on March 17 and broadcast in May 2008 in the prime time of CCTV 8, three episodes a day.

An enterprise is like a tree, employees are roots.
Deep roots make giant trees.